Carbon carbon composites materials used in furnace applications have a number of properties that are suited to the environment in and around furnaces. They are light, rigid and able to retain (and even increase) their strength at high temperatures. These properties are useful when considering applications such as furnace carriers, where components needing heat treatment have to be transported into and out of, or even through the furnace.

For certain applications a more flexible material with the strength of a composite is required.
The options for a flexible material were, until now, were limited to Graphite Foil. This material, whilst very flexible, is easily torn or punctured either during handling or in situ in the furnace.

At Tokai Carbon we have now developed a flexible version of our popular cc composite, Tokarec, a material we call TokarecFlex. Made from carbon fibre reinforced 100% carbon sheet the product is flexible enough to be able to fit into a 60mm ø space/hole without cracking.

Initial testing suggests that TokarecFlex can be an effective material that helps reduce the effect of oxygen on a graphite surface according to tests performed in our laboratory. A graphite tube was placed inside a furnace with an oxidising atmosphere with the inside surface protected (in part) by TokarecFlex.

The conditions inside the furnace were as follows:

When the surface roughness of the graphite tube was examined and measured it was found that the majority of the protection was afforded by TokarecFlex. However, as TokarecFlex is permeable to gases, graphite foil was added to afford a little more protection. The difficulty with the graphite foil was that it could only be used on its own if it was fixed in some way to the surface of the graphite tube. In this case the tube surface was further damaged but the Tokarec Flex needed no fixing as it naturally wanted to open out and therefore press itself against the tube.

Our Tokarec product has very low impurities that allow it to be used in chemically sensitive processes where the introduction of contaminants must be kept to an absolute minimum. TokarecFlex is exactly the same with impurities less than 20ppm.

Graphite foil, on the other hand, can have as much as 1000ppm impurities contained within the product. This could mean that in some furnaces there should be “dummy” runs or burn out cycles performed prior to actually running the heating/processing cycle for real. This is an avoidable expense if the lining product needs no outgassing, as is the case with TokarecFlex.

The physical properties have been measured and can be seen in this table. A feature of the material is the high strength value despite the thickness of the sheet. 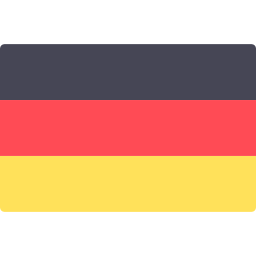